So what’s your level on Pokémon Go?

It’s safe to say that, by now, everyone has played if not heard of Pokémon Go, the augmented reality game from Niantic Labs (in which Nintendo and Google are investors). The game has users finding and catching Pokémon using real-world locations. Launched on July 6th, the game already boasts more than 26 million daily users, although I suspect that by the time you’re done reading this article, that number will be significantly higher.

There are many reasons why this game is so wildly popular and has resonated with so many millions of people worldwide. It’s social, it’s nostalgic, it gets you off the couch, it takes you to places you’ve never been and it’s just plain fun.

Its millions of users are fully engaged and are strengthening an already solid brand. So what can retailers learn from this mega-success that can help them engage deeper with their customers, leverage their brand and increase sales? I believe there are three important lessons:

Pokémon Go, however, has shown us that it is possible – and incredibly popular. By using a mobile device and a native app, Pokémon Go has blended the offline with the online, the real with the virtual. Users navigate through their real world (using their smartphone camera and a database of real-world locations) and encounter virtual Pokémon. Once Pokémon are found and captured, users enter an immersive virtual world where they can join teams, fight battles and earn coins, all while walking the streets of their real world. The two worlds are blended seamlessly and are, as evidenced by the hordes of loyal users, incredibly engaging. Retailers need this same level of engagement – and to get it, they must rely on thoughtfully developed m-commerce strategies to blend their worlds – their channels – into one delightful, rich experience.

Much like Pokémon Go allows users to connect the real world with the virtual world, so too should retail apps connect the in-store and online experience. Pokémon Go is the first omnichannel experience done right. Now retail should follow.

Brands and retailers must do the same. AR, along with other burgeoning technologies, are the future of retail as they allow consumers to connect with a brand. AR is slowly being adopted in the beauty industry because it allows users to virtually try on makeup and hairstyles. Several eyeglass companies also use AR to allow users to see themselves in various frames before purchasing. AR is starting to find a home in retail and companies better hop on the bandwagon. Goldman Sachs recently forecasted that AR, along with virtual reality, would account for $80 billion in hardware sales by the year 2025.

Geo-fencing is another growing technology that retailers shouldn’t ignore when developing their m-commerce strategies. Geo-fencing uses GPS to define geographical boundaries; triggers can be set up so that when a device enters an area, notifications, incentives and promotions can be pushed to the user in an attempt to drive traffic to the store. These notifications are timely, relevant, location specific and dynamic. They are designed to engage the customer, establish loyalty and increase sales.

In fact, players can purchase Lures, which draw the little monsters closer to nearby Poké Stops (locations that provide free Poké Balls and Pokémon Eggs). “If a business happens to be located near a Poké Stop, it can download the game and purchase Lures, which will draw in more players,” another WWD post explains. Users have invaded stores like H&M, Macy’s, Bloomingdale’s, Forever 21 and Sephora thus far. Even Costco welcomes all the Poké Players. Poké Stops are not just drawing users to a business, but within large big box stores it can guide you to promotional areas or shop-in-shops. 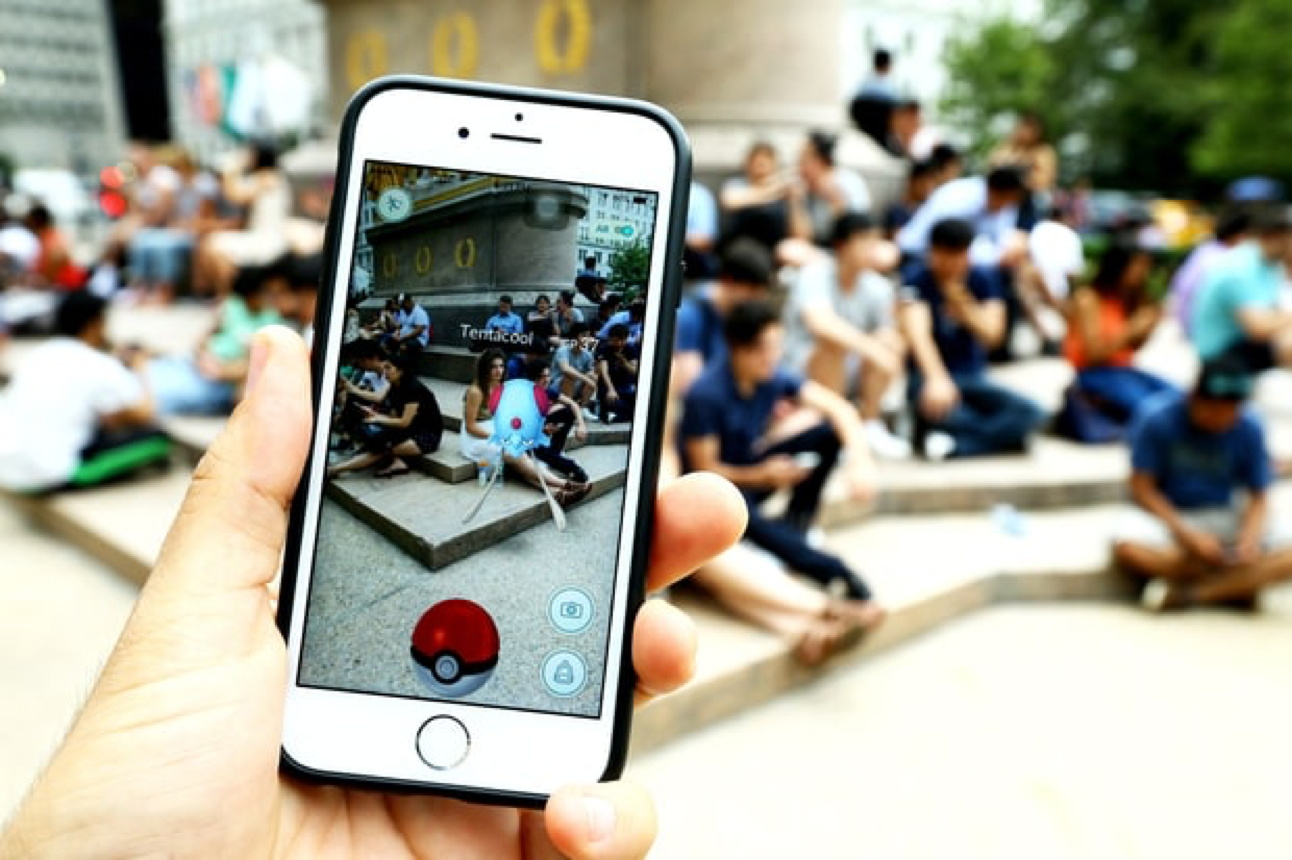 Just by stepping onto the streets, you will be witness to a new mass of people roaming the physical space, and it’s clear to see we should keep our eyes on this new craze. While this is the first time augmented reality has been this popular in a game, we believe it has potential opportunities to driving retail traffic in the near future.

Posted in Digital Trends | No Comments »